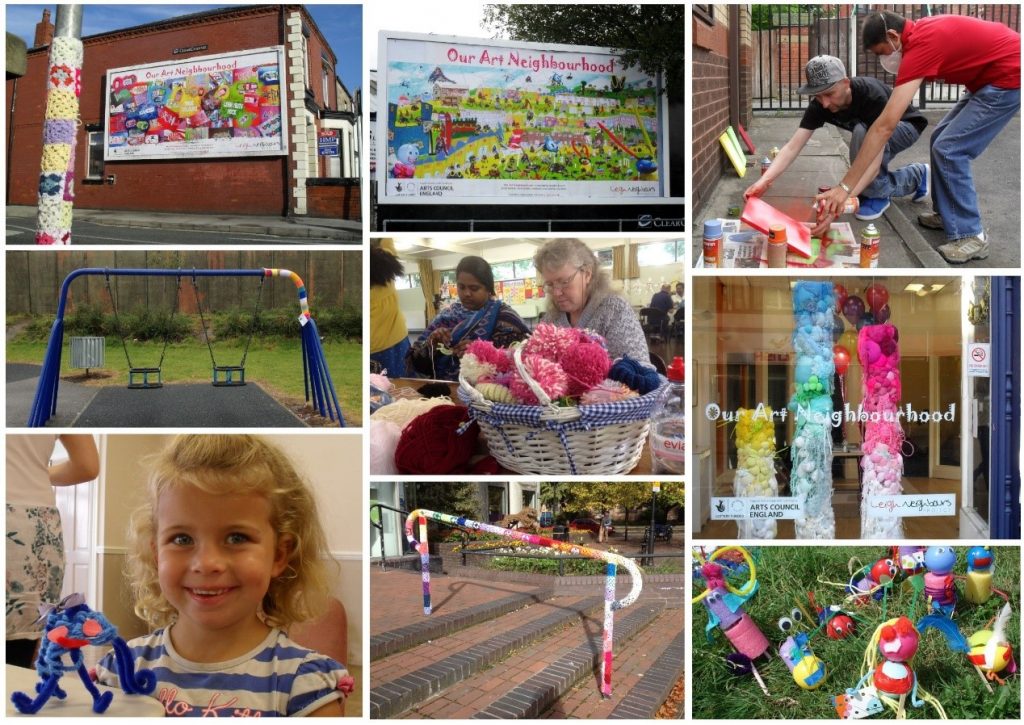 Our Art Neighbourhood is an ongoing part of our activities which aims to engage local people in art, build community spirit and make visible improvements to our streets.

Well over 300 people took part in the various workshops led by artists (such as local graffiti artist Gecko), and thousands of people were able to see the results.  Our neighbourhood was transformed for several weeks as the streets became our art gallery, populated by the colours and textures of art works which celebrated local creativity and presented a positive image of to a wider audience.

A great video of the project can be seen here.

Our Art Neighbourhood was funded by Arts Council England (via Grants for the Arts) and Leigh Neighbours Partnership Board.  We were delighted too that it received support in kind from local businesses and partners, including Wigan Council, WLCT, Trust in Leigh, Clear Channel, JDS Printers, PDC Distribution and Cre-8 Media Ltd.

After the success of the first Our Art Neighbourhood project, there was a desire by local residents to see more permanent art works in the area, as a way of improving the visual landscape and street scene.

Over the past couple of years, we have started to do just that by engaging artists who are good at working with people to achieve small scale but beautiful public art works. We have been looking to make improvements to neglected spaces in our area, including street corners and verges.

Inspired by the Incredible Edible movement, we have commissioned a planter sculpture from artist Mark Mennell which was sited on the corner of Windermere Road and Glebe Street in the Spring of 2018.  Children from Leigh Central Primary School contributed to the design and it really brightens up the street corner.  We are growing edible plants and herbs in it which are free for residents to use.

Local artist Martyn Lucas, who has been co-ordinating Our Art Neighbourhood from the beginning, worked with children from Sacred Heart Catholic Primary School to make ‘bollard art’. Installed in March and April 2019, these vinyl wraps have been inspired by looking at archive photographs of the area, local buildings and trees. They are making a colourful and informative addition to our streets. 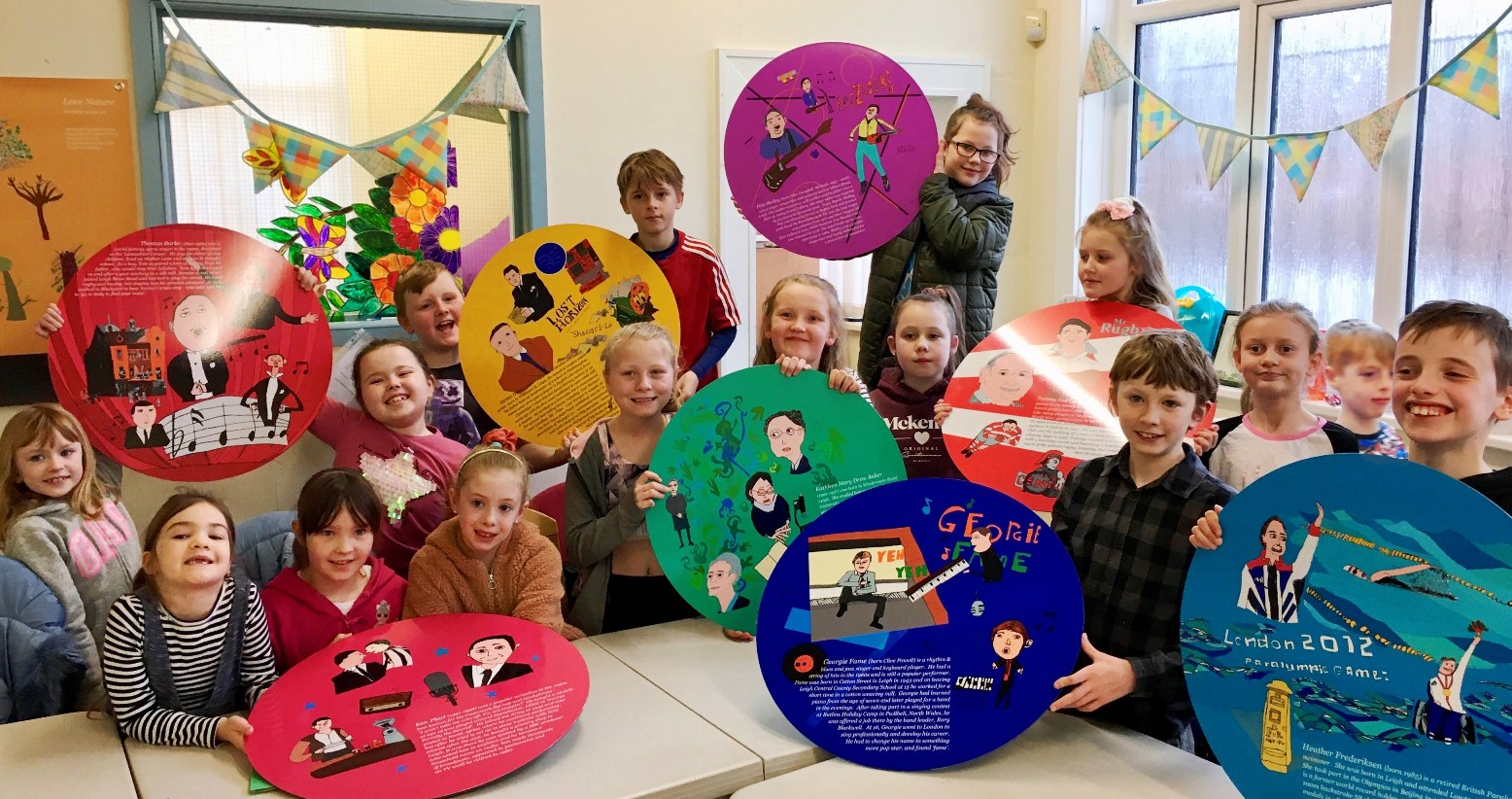 During the summer of 2020, Martyn was able to complete the first stage of another urban art project in our area. The blank brick canvas which is part of the ‘little Asda’ car park, off Leigh Road, has become a Wall of Fame celebrating people from Leigh who have found fame or made an impact in the worlds of music, art, science, literature, sport, entertainment and public service.

Martyn says: “It is great to be involved with Leigh Neighbours Project and working with local people to make improvements to the area through art in public spaces. Art can inform and inspire and I think this latest project does just that. There is a blue plaque in Wilkinson St in honour of writer James Hilton and a gold painted post box on Market St for Heather Frederiksen.  I thought it would be nice to celebrate more people from Leigh who have received recognition for great things that they have achieved.”

10 plaques have been installed and designs for more are under way. A launch event will take place in the future when Covid-19 allows, at which the wonderful artwork and achievements of local people can be properly celebrated.

Further community-led projects which engage local people and enhance the look of our area through art are being developed. 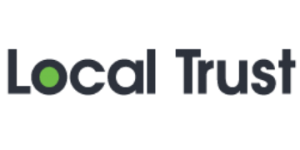